ZSM-5 zeolite has good acid resistance, it is resistant to various acids except hydrofluoric acid.

High thermal stability of ZSM-5 zeolite. This is caused by a skeleton in a stable five-membered ring structure and a high silica to alumina ratio. For example, the sample calcined at 850 ℃ After 2 hours, the crystal structure unchanged. Even can withstand high temperature of 1100 ℃. So far, ZSM-5 zeolites are known to one of the highest qualitative hot temperature. Therefore, it is used in high-temperature process is particularly suitable. For example, use it as a hydrocarbon cracking catalyst, regeneration of the catalyst can withstand passage of time.

Wang, IKai other studies have shown that when other zeolites by steam and hot water, and their general structure is destroyed, leading to irreversible deactivation. The Mobil company with ZSM-5 as the conversion of methanol (water is one of the major product) catalyst. This suggests that ZSM-5 to water vapor with good stability. 540 ℃ lower partial pressure of 22mmHg steaming column and HY zeolite HZSM-5 after 24 hours, a crystallinity of HZSM-5 and about 70 percent of fresh catalyst, but under the same conditions, HY zeolite skeleton almost completely damage.

ZSM-5 having a high silica to alumina ratio, the smaller the surface charge density. The water molecule is polar, so you will not ZSM-5 is adsorbed. Although water molecules smaller than the diameter of n-hexane, but the amount of adsorption of n-hexane ZSM-5 is generally greater than water.

ZSM-5 V-shaped aperture effective, pore size and bending, preventing a large condensate formation and accumulation. Meanwhile, ZSM-5 framework is no greater than the bore of the cavity (cage) exist, so limiting the formation of large molecules from the secondary condensation reactions. So that the possibility of ZSM-5 catalyst coke is reduced. ZSM-5 for an alkyl aromatics into the tunnel barrier is formed, and thus the reaction process it can not continue to react in smaller pores, the final condensation formed coke. ZSM-5 so much slower than the rate of coke deposition and Y-type mordenite, difference of almost two orders of magnitude. Capacity of ZSM-5 zeolite carbon content is higher.

Zeolite molecular sieve as catalyst, only smaller than the hole crystal molecules can catalyze the reaction out of control pore size crystalline zeolite suffering zeolite catalyst size and shape of reactant and product molecules showed great selectivity. Pore ​​system of ZSM-5 zeolite having a 10-MR constituted medium size orifice diameter, it has a good shape-selective selectivity. 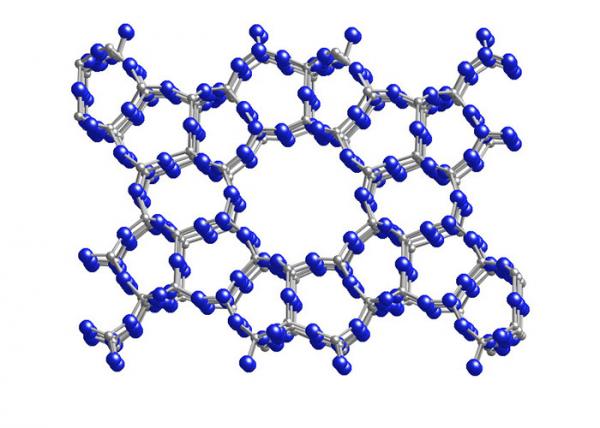 Since its inception, Jiulong has developed and produced custom zeolite and catalyst carrier products for a variety of companies in many application areas. In developing custom zeolites, we have moved customer laboratory-scale material to commercial production, and we have custom tailored standard commercial materials for customer-specific processes.

If your need is for a particular zeolite material which you have developed or licensed, our technical experts can assist with scale-up and manufacture of the final product. If you are investigating a completely new application for zeolites, we can suggest starting materials and possible modifications, provide test quantities, perform detailed analyses of critical zeolite properties, and manufacture the new product specifically for your process.

Send your message to this supplier
You May Like
Find Similar Products By Category:
Chemical Auxiliary Agent
Hot Searches:
Inquiry Cart 0
Contact Us
Inquiry Cart
Back To Top